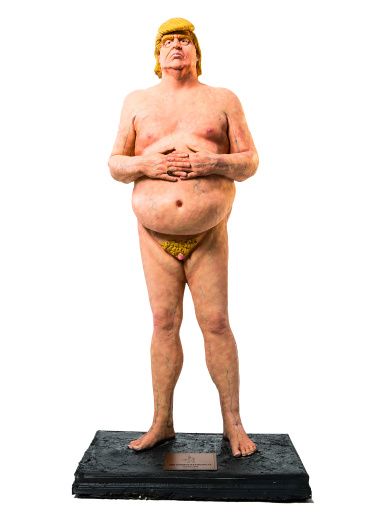 The Emperor has no Balls - mini standbeeld

The Emperor Has No Balls is a series of sculptures depicting Donald Trump by the activist art collective INDECLINE. The five statues were installed in Cleveland, Los Angeles, New York, San Francisco, and Seattle in 2016. INDECLINE explained that they wanted humiliate Trump while nodding towards his authoritarian tendencies, as dictators often erect statues of themselves. The statues did not last long, as the parks department tore it down while the ebullient crowd booed.

We sell a mniniature version of this art work.